THE BLUES STILL FELL THIS MORNING

My literary mentor of the Blues, Paul Oliver, I learnt last night (15th.) has died at the age of 90.

Paul, in the latter years had become my friend and when I visited him at his home in Oxon, on one occasion, we took a short walk in the beautiful Oxfordshire rural surroundings. And he would confide in me how much he missed his late beloved wife, Valerie.  This was a subject I would never have dreamed of broaching him with.  But as one of the older of his visitors (although I am some 14 years his junior) he probably felt we were nearly contemporaries.  They were magic times, Paul, (even the white-knuckle trips when you still had your car!) which I will always treasure.

I feel I cannot but repeat part of my notes to the 4-CD set ‘Meaning In The Blues’ which I presented to him at one of his talks, some 11 years ago.  This came out on JSP Records based in London, and the company allowed an 80-page booklet to accompany the recordings (thank you John), celebrating the 50th. anniversary of Paul’s ‘Blues Fell This Morning’.  My aim was to give him this tribute while he was still in the land of the living

“In only a slightly revised paragraph in the Introduction to the 1990 edition Paul Oliver wrote, ‘The blues did not reflect the whole of black life in the United States, and a social study of black problems does not explain the blues.  But in order to understand the blues singers it is necessary to explore the background of their themes, and to enter their world through them, distant and unapproachable though it may be.’  The last 34 words sealed my ongoing existence on this planet.” (Max Haymes. p.3. Notes to ‘Meaning In The Blues’. 4-CD SET [JSP 77141. London] 2011).

The early blues singers (often only semi-literate at best) would sing a floating verse which runs:

But Paul Oliver could write their name, in his unprecedented book of the genre, ‘Blues Fell This Morning’ and many subsequent ones on both early blues and gospel which are all well-worth reading, and indeed essential to the serious blues collector.

If there is a great juke joint in the sky, Paul, you are once more with your Valerie.

I learnt from Paul’s books that the Blues is a way of life and will be here until the last of our species dies out.  The BLUES ROLL ON!  But to précis his own words, although events and social conditions are changing, on the African American, the Blues still fell this morning. 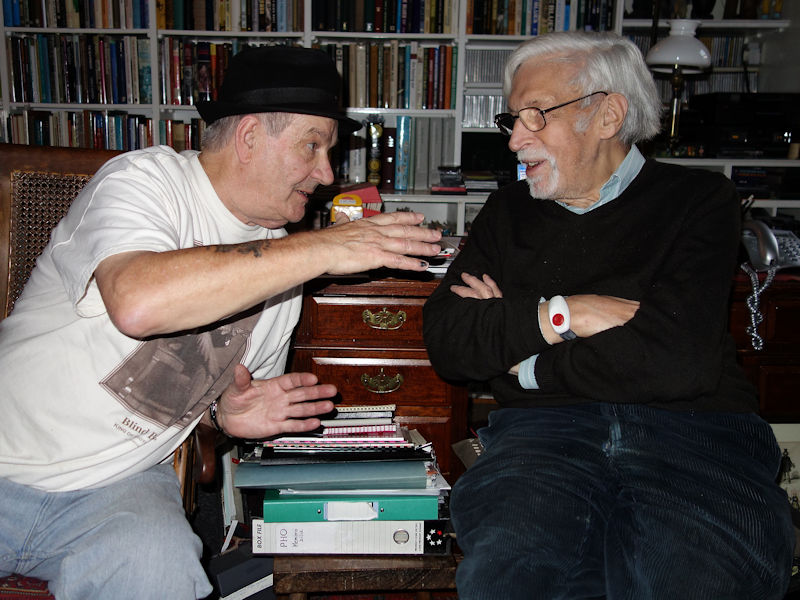