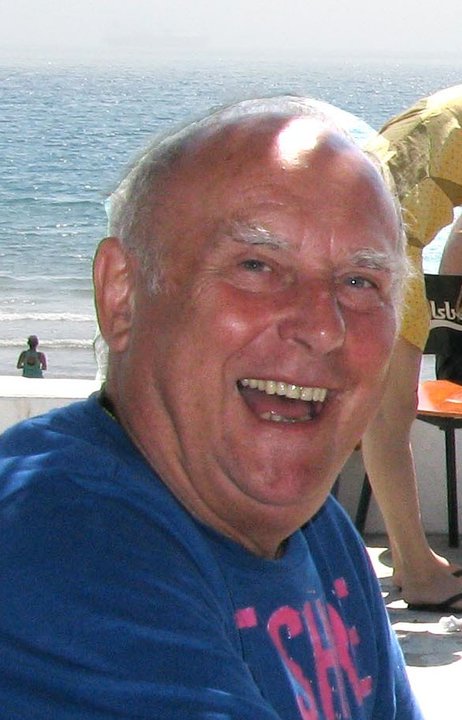 Since then there have been hundreds of tributes paid on social media and by e-mails by friends, musicians, radio hosts, agents, PR people, journalists, record companies, blues fans, just about anybody who loved Dave.

Everybody who knew Dave, whether digitally or personally, will miss him, his great joie de vivre, his positivity, his friendship.

On his website Dave described himself as a “Sometime DJ, film maker, boat safety examiner & gadget freak” (with a weakness for good food & wine)

This succinct summary of himself is accurate but omits so much.

On a day when there is so much terrible news near and far, the worst for me today was to learn that my dear friend, colleague, fellow blues lover, mentor and so much more was gone!

Yes, we knew it was going to happen and were expecting the bad news sometime, but that does not make it any easier when the news finally breaks. It does not help us to face the fact that Dave the Rave is no longer with us, there will be no more Raven and Blues podcasts, no more of Dave’s musical discoveries, no more sessions from the top deck of his lovely floating home on the Thames.

I will miss our regular ‘meet-ups’ at blues events all over the place and the wonderful, laughter and good food and drink filled times together at the annual European Blues Challenges in various countries around Europe.

I will miss his comments, both good and bad, about my radio shows, particularly his compliments which meant so much to me.

But I know I am not alone in this as the many posts on social media today have shown. So many people with so many lovely stories, lovely memories and lovely comments, so many people feeling his loss.

One post, in particular, caught my eye because the poster so accurately and precisely captured what I and, I am sure, so many others feel. 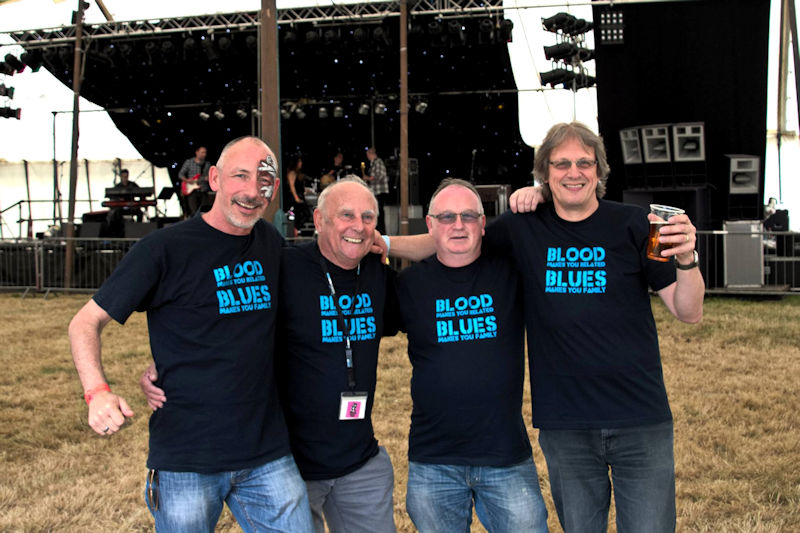 On Facebook, producer, presenter, musician and so much more, Paul Long, wrote:

“’I always called him the guvnor.

Very sad, if not surprising news today that he has died.

Dave was a good friend and a huge influence on me as a broadcaster. In 2006, when I was producing Paul Jones’s Radio 2 programme I found his podcast, which was a new way of doing radio that Dave embraced with huge success – and I have listened to every show ever since.

He showed me that you could do a radio show not for mass consumption, but very targeted at a music-loving audience who were keen to hear new music, and how you could have a close interaction with that audience online and personally.

He always had time to talk and he had a fascinating life in broadcasting – from being a DJ in Newcastle, to BFBS, to being an internet radio and podcast pioneer, as well as a blues music lover.

I did sessions for his show on the houseboat with Catfish and The Riotous Brothers, and did many interviews with him – well, not interviews as it was never a list of questions, but a conversation that flowed – something else I learned from him: your second question depends on the answer to your first question.

He’ll be missed by all of his fellow broadcasters, not only for his show, but for his work with the IBBA and UK Blues Federation, and also by his listeners around the world and musicians in the blues family. We all owe him a debt of gratitude.’’ 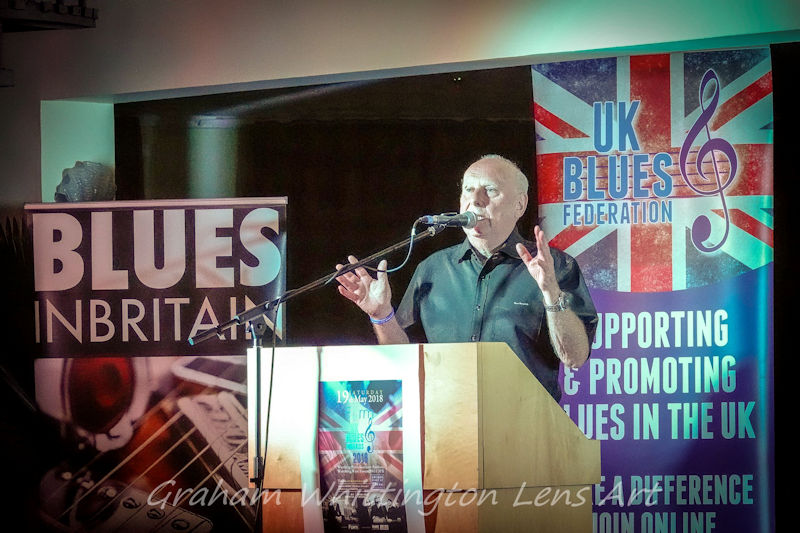 It was Dave who, almost single handedly, and despite already being in poor health, pulled together the technical and staging side of the acclaimed inaugural FORM UKBlues Awards event in Worthing in 2018.

It was Dave who, when all seemed bleak would rally the troops and urge us onwards and upwards or, when we were divided or uncertain, would offer wise counsel and make the way ahead clearer! 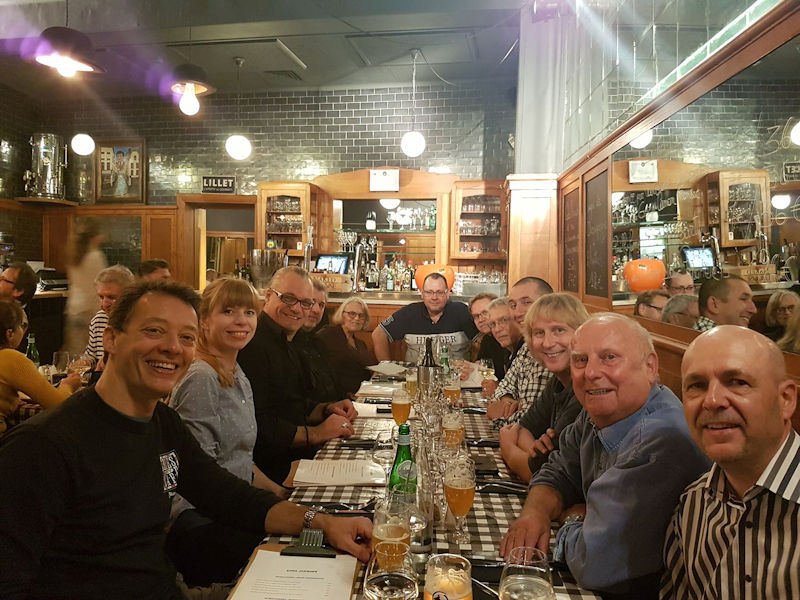 Dave had also a few years ago, become a member of the Board of the European Blues Union where I know he had had an impact and brought about change. But he also gave the UK a voice on the EBU Board which, in turn, raised the profile of blues in the UK in Europe.

As chair of the UK’s Independent Blues Broadcasters Association, it was Dave who prepared the monthly airplay charts collating many varied submissions from members. But it was Dave too who gave the association some clout, some respect and recognition. 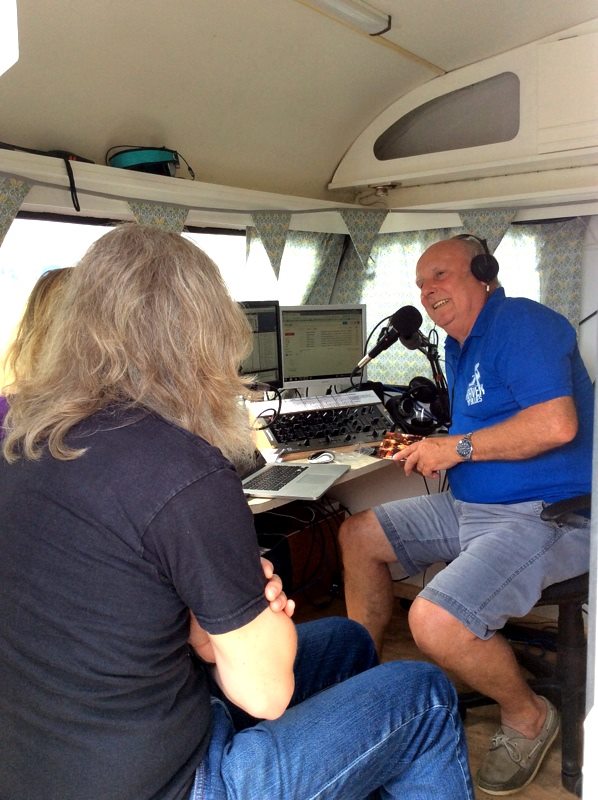 As already alluded to, Dave was an avid listener to many of his fellow broadcasters’ output and was always there with both praise and criticism, but always constructive criticism. Always giving helpful guidance and suggestions aimed at making us better broadcasters.

His love affair with Blues and R’n’B started in his teens when Newcastle’s leading beat club, the Club A’Gogo was his regular haunt. There, local bands like The Del Vikings, The Invaders, The Gas Board (lead singer, a young Brian Ferry!) and The Animals all played their versions of the great blues numbers of the 40’s, 50’s and 60’s.

Other groups from around the UK; John Mayall’s Bluesbreakers, Peter Green’s Fleetwood Mac, Manfred Mann, the Rolling Stones and the Beatles, all played the Club A’Gogo and all of them playing R’n’B and the Blues. 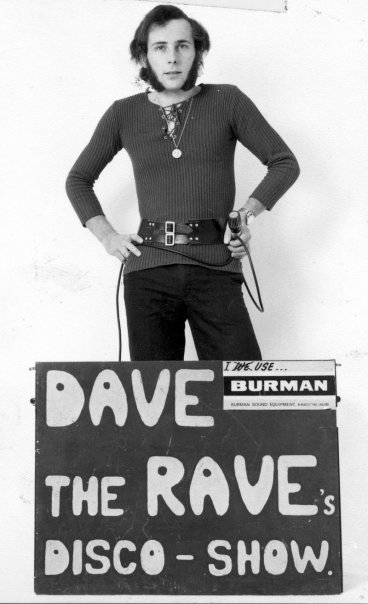 Those early influences set him on a career of playing music on stage and on the radio. His radio career began back in 1968 when he did occasional work on the first BBC local radio station in Durham in the North East of England. A year followed with Radio 1 on ‘Radio 1 Club’ then to BBC Radio Newcastle when it opened in 1971 and then a transfer to Metro Radio when it started in 1973. In 1976, Dave went to Malta where he discovered the British Forces Broadcasting Service (BFBS) and they discovered him!

Two years later he moved from Malta to Germany and then like a radio gypsy from Germany to Brunei, Gibraltar, London, Cyprus, Falkland Islands, Belize, Gibraltar again, Belize again, Cyprus again, Hong Kong and then in 1995 back to London having risen to General Manager. 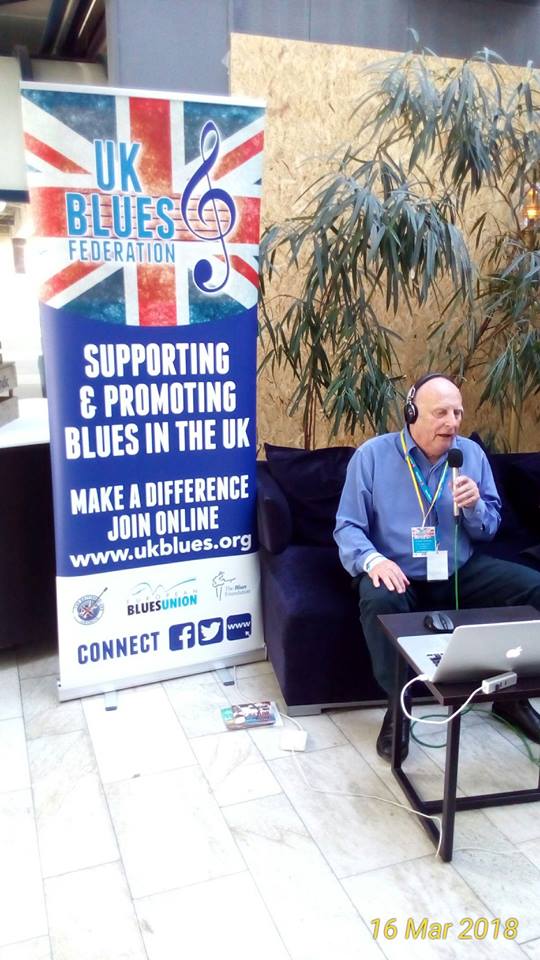 He has had many blues shows over the years and the Raven’n’Blues has been on air across the world since 1997.

In 2013, Dave won the British Blues Awards Independent Broadcaster of the year and was runner up on two other occasions. The show was the first ‘listen again’ UK Blues radio programme in 1998 and the first UK Blues podcast in 2004.

He has had many blues shows over the years and the Raven’n’Blues has been on air across the world since 1997. 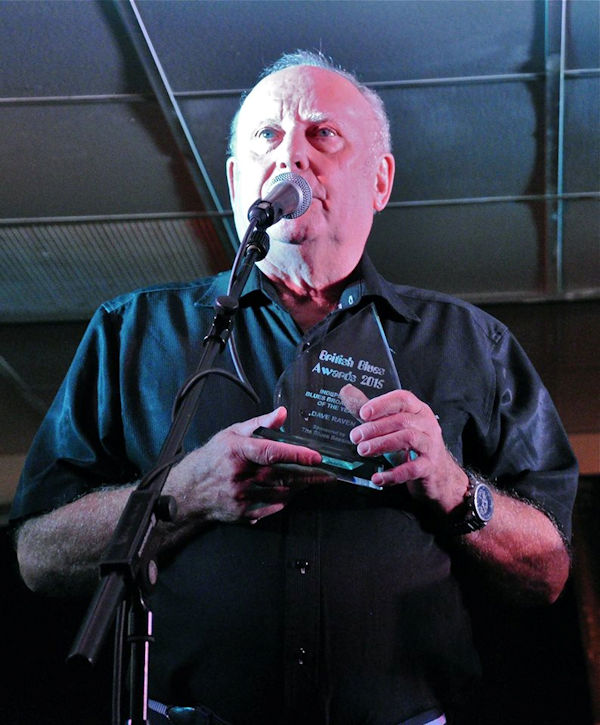 In 2013, Dave won the British Blues Awards Independent Broadcaster of the year and was runner up on two other occasions. The show was the first ‘listen again’ UK Blues radio programme in 1998 and the first UK Blues podcast in 2004.

Dave’s life was not all about radio. A qualified naval architect, upon his return to the UK he had a career as a boat examiner travelling all over the UK and, occasionally further afield to the Med and further!

He and his wife, Suellen, loved travel and tried, wherever possible, to journey from posting to posting overland which lead to many exciting and memorable experiences.

In December 2007 Dave had a stroke which badly affected his speech and co-ordination. Thus, even recently, it was not unusual to receive an mp3 message from Dave rather than a typed e-mail!

I would like, both personally and on behalf of everyone involved with the blues, indeed, everyone who knew Dave, to thank him from the bottom of my heart for all he has done for us. His passing leaves a huge hole in our hearts and in our lives.

Our thoughts are with his wife Suellen and his family to whom we send our condolences.

His legacy is his huge catalogue of podcasts and our happy memories of great times with him. 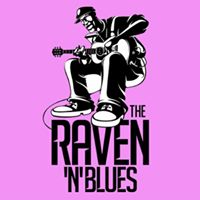 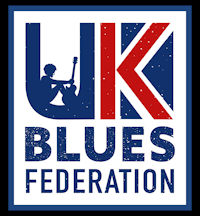