Here you will find a synopsis of British blues magazines, plus, for completeness, those published in several European countries.

Please note this page is still being developed – more information to be added soon.

Acoustic Blues was published by blues historian Max Haymes. There were 13 issues running from Autumn 1991 to Spring 1997.

Black Music (Black Music & Jazz Review from April 1978) was a pioneering British music magazine, published monthly. The first issue came out in December 1973 and the last in April 1984. It was the first publication in the United Kingdom to write about reggae as a serious cultural phenomenon and also the first to cover African music.

Under the 1978–1984 editorship of Chris May, who succeeded, in chronological order, Alan Lewis, Tony Cummings and Geoff Brown, the magazine championed hip hop, rap, Two Tone, avant-garde jazz and electro music in the face of hostility from British black music’s, at the time, socially reactionary and still mostly white-controlled power structure, and published writing by black creatives whose work had an explicitly political dimension (notably including Linton Kwesi Johnson, Archie Shepp, Fela Kuti, Miriam Makeba, Michael Thelwell, Gil Scott Heron, Thomas Mapfumo and Hugh Masekela). Under May’s editorship, the magazine also maintained extensive coverage of African music, which May had introduced as a freelance contributor in the mid 1970s with his Afroheat column.

In April 1984, Chris May left the magazine to head up the UK office of Celluloid Records. Following his departure, the title Black Music & Jazz Review (though not the editorial perspective) was absorbed by sister magazine Blues & Soul and ceased to exist other than as a small-print add-on to the BS masthead.

Each month, Blues in Britain magazine reports on the blues scene, with emphasis on what’s happening  in the UK.

Blues Link was published by Chris Smith and Alan Balfour. The magazine absorbed Blues World magazine with 6 issues running from October 1973 to July 1975.

Blues Matters! was founded by Alan Pearce in 1999. It is published on a bimonthly basis. Alan King and Darren Howells (until 2009) previously served as the magazine’s editor-in-chief.

The Blues Foundation, in Memphis, Tennessee, awarded the magazine the “Keeping the Blues Alive” (KBA) Award for 2007, in the Print Media category. This is only the second time a British publication has received the award, and the first time for a Welsh production. Previous recipients have included major titles, such as Rolling Stone. Blues Matters! is also the recipient of the European Blues Awards 2014 in the category of best publication.

Blues & Rhythm, The Gospel Truth is a British monthly music magazine dealing with all aspects of blues and gospel music. Founded in July 1984 it is – along with its American counterpart Living Blues – considered to be the premier magazine for all aspects of research into blues and rhythm & blues music (pre- and post-war blues, rhythm and blues, doo-wop vocal groups, vintage soul, gospel and the contemporary blues scene).

Blues & Rhythm′s team of writers and reviewers consists of record collectors and some of the world’s foremost experts on the history of Blues/R&B/Doo Wop/Gospel and Soul music.

Blues & Rhythm is run by an editorial board, since its inception it has carried on the long tradition of research into Blues, R&B and Gospel music including artists, musicians, record companies and associated subjects.

Blues & Rhythm′s roots go back to magazines such as the pioneering Blues Unlimited, first published in England in the early 1960s as well as other specialist magazines including Pickin’ The Blues, Sailors Delight and Old Time Music.

Blues & Rhythm has published major and ground-breaking research on some of the giants of the blues including Muddy Waters, Robert Johnson, Big Bill Broonzy, John Lee Hooker, B. B. King, T-Bone Walker and many others, and also specialises in searching out the lesser-known artists, obscure musicians and session musicians as well as owners of record companies and details of record labels who contributed to the rich and century-long history of Blues, R&B, Doo Wop, Gospel and Soul music.

It has also publishes updates and corrections to the most important published historical discographies of blues and gospel music.

In recent times the magazine has, in its review section, included vintage rock and roll, rockabilly, hillbilly/country and bluegrass music as well as reviews of white blues and rock-blues releases from Europe and the USA.

Usually 48 pages in length, the magazine is published monthly.

Blues Unlimited was published by Simon Napier and Mike Leadbitter started in 1963 and was the first English-language blues publication. It maintained a monthly publication with 149 issues running to the winter of 1987.

Blues World was published by Bob Groom from 1965 to the early 70s. It was absorbed into Blues Link magazine. 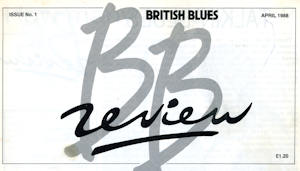 British Blues Review was published by Bob Bravington as the ‘official journal of the British Blues Network’  with 18 issues running from April 1988 to March 1992.

Juke Blues is a British magazine covering blues, R&B, gospel, soul, zydeco and jazz. It was established in 1985 in London by Cilla Huggins, John Broven and Bez Turner, and is now published quarterly in Bath, Somerset, England. Cilla Huggins has been sole editor since 1992.

Awards won by the magazine include: Keeping The Blues Alive, 2000, Sweet Soul Music, 2001, and Blues Hall of Fame Classic of Blues Literature, 2004.

Now Dig This has been published monthly since April 1983. It is independently produced and printed in the North East of England. The editor is Trevor Cajiao. 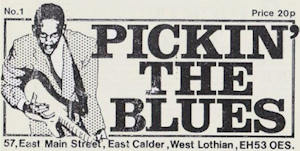 R and B Monthly

Sailor’s Delight was predominantly a record sales and auction magazine selling 78s, 45s and albums published by Paul ‘Sailor’ Vernon. The magazine included spoof articles and genuine research on blues and r&b. Sailor’s Delight ceased publication after seventeen issues when the first issue of Blues & Rhythm, The Gospel Truth was being planned.

Storyville was founded by Laurie Wright (né Lawrence D. Wright; 1929–2010). The publication has been acclaimed for containing a wealth of early historical material on jazz. And although Storyville was not officially a peer-reviewed journal — in part because, other than music librarians, few jazz scholars existed in academic research in 1965 — it was, nonetheless, peer-reviewed in reality by well-informed jazz enthusiasts, discographers, musicologists, and the like.

Separately from the magazine, Storyville Publications published books about jazz, notably discographies. Included were Wright’s own works, the standard discographies, two volumes of Eric Townley’s Tell Your Story; A Dictionary of Jazz and Blues Recordings 1917–1950, Tom Lord’s bio-discography, Clarence Williams (1976), and several biographical and autobiographical memoirs of historic musicians. The last of these, published under Wright’s name, was an autobiography, Trombone Man: Preston Jackson’s Story (2005), after which ill-health forced Wright’s retirement.

All issues are digitally reproduced and available on the website of the National Jazz Archive, a charitable organization based in Loughton, England, by permission of Lauri Wright’s Estate.

Storyville at the National Jazz Archive:

Talking Blues was published by Chris Smith and Alan Balfour as a follow-on from Blues Link magazine from 1976 to 1979. 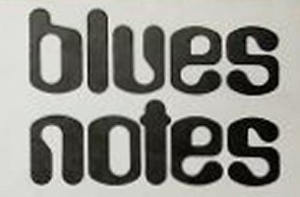 Back to the Roots

Published 5 times a year, Back To The Roots is the only Dutch-language magazine about all traditional blues styles and related music genres such as blues rock, soul, gospel, cajun, zydeco, boogie-woogie, doo-wop, R&B, etc …

R and B Panorama

Published by Frenchman Serge Tonneau from 1960 to 1966 it was the first blues magazine in Europe and probably the world.

Published bi-monthly by the Finnish Blues Society since 1968. Blues News covers various forms of Afro-American music including blues, R&B, soul, gospel, even jazz and rock’n’roll. Their aim is also to promote the Finnish blues and roots music and musicians.

Published quarterly from 1968 to date by Jacques Perin specialising in soul and blues music.

Published from 1976 to 2006 and edited by Friedemann Heinze.

bluesnews has been published quarterly since 1995. Published by Verlag Dirk Föhrs. The family business was founded in 1994 and is located in Altena in the middle west of Germany. It is a magazine that appeals to blues lovers & aficionados as well as blues musicians.

bluesnews is the largest German-language blues & blues-rock magazine available at newsstands in Germany, Austria, Luxemburg and Switzerland. It offers in-depth interviews with international and German artists as well as features covering current topics. Extensive CD, DVD and book reviews, up to 150 per issue, are another focus. The editorial scope also comprises news from the blues scene, concert and festival announcements, historical features (“Blues History”, “Milestones of Blues Recording”, etc.) as well as the presentation of young artists (“Blues Future”).

It is the editorial policy of bluesnews to keep in close contact with its readers in order to obtain as many suggestions and requests as possible. Because bluesnews is not only a special interest magazine for Blues, Blues-Rock and related styles, it is also a magazine made by Blues fans for Blues fans.

BLOCK Magazine is a quarterly magazine about the African-American blues tradition. It is the Netherlands’ oldest blues periodical. The magazine was founded in Almelo, in the east of the Netherlands in 1975, by Rien and Marion Wisse. They frequently tour the United States and visit record companies and artists. They have interviewed more than 200 blues artists, including Solomon Burke, Robert Cray, Bo Diddley, Al Green, and Zora Young. Rien and Marion own a collection of approximately 30,000 blues related images.

In January 2010, Block Magazine received the KBA (Keeping the Blues Alive) Award from the Blues Foundation in the category of Print Media.

According to the board of the Blues Foundation: Print Media: Block, Netherlands: “What began as a small fan magazine in 1975 has grown into one of Europe’s finest blues magazines. Block, an amalgam of blues and rock, was first published 35 years ago by Rien Wisse and his wife Marion in the Netherlands. Like most of these efforts, the magazine is mostly financed by their love of the blues and their own money. In 1982, Rien dropped rock coverage and turned Block into THE Dutch blues magazine. The magazine is published four times a year and features articles written by American blues journalists like Bill Dahl, Dick Shurman and Scott Bock. The beautiful photos are part of Block’s 30,000 photo file which dates back to its early days. Finally, its 64 pages concentrate on profiles, reviews of records and performances, and the Wisse’s travels throughout the American blues landscape.”

Mr. Blues, the first Dutch-language magazine was set up by Wim Verbei and Leo Bruin. In 1972 Mr. Blues merged with the pop magazine Oor.

Published since 1982. Based in Milan. 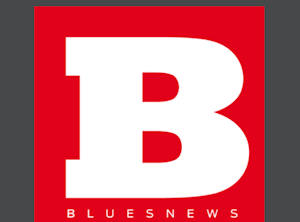 Blues.pl is the oldest Polish on-line blues magazine established in 2000. It was created by the late Witold Frankiewicz, blues enthusiast and IT worker who gathered blues-related links that were already existing on the net and built a website that worked as a platform for sharing blues information. That was the beginning of the magazine, the first of it’s kind in Poland.

Published by the Swedish Blues Association. The first issue was published in the spring 1968, which makes it the oldest blues magazine still in print in the world.