The British National Blues Federation was formed in 1968 and staged two blues conventions in 1968 and 1969 among other activities. Never before had such gatherings of experts, fans and musicians met under one roof with the sole intent of discussing, listening to and playing the blues.

If anyone has recollections or memories of the British National Blues Federation active late 1960s / early 1970s please would you email alan@earlyblues.com 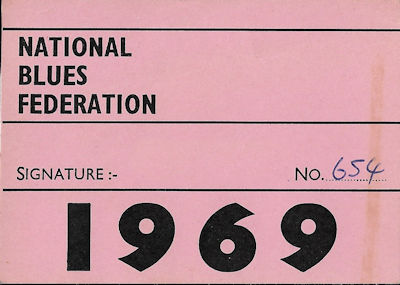 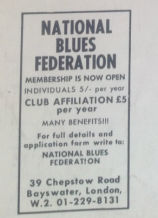 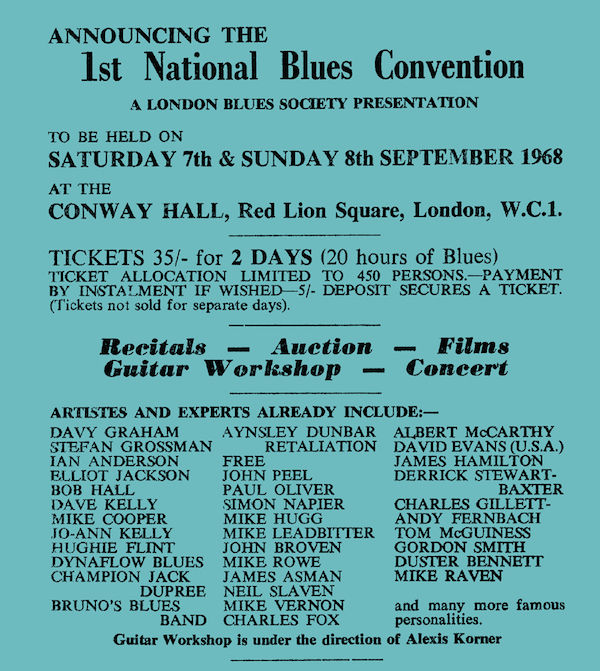