Here are details of Studio 51 which featured in the early British blues Scene, including the artists and bands that performed there and some details on ‘whatever happened to …’, plus readers memories of attending the club. Please note this page is currently being developed and will be updated soon. 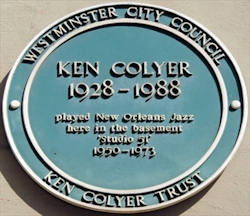 The basement premises in Great Newport Street were owned by Vi Highland, and originally known as the Studio. During 1950-51 various jazz clubs were held on different nights of the week – Johnny Dankworth, Joe Muddel, the Crane River Jazz Band, Chris Barber (“Lincoln Fields”), etc. Then from May 1951 fiye nights of the week were given over to modern jazz and all named Studio 51 under the musical direction of Joe Muddel. By 1955 it was again hosting the Johnny Dankworth Club and a band led by Harry Klein. When Studio 51 was created the Crane River Band retained its Monday night slot. After Ken Colyer’s return from his New Orleans trip, a club in his name started on Monday nights from 1954. With the trad Jazz boom the Ken Colyer Club’s one night expanded to four, and modern Jazz was dropped. The Ken Colyer Club and not Studio 51 was the commonly used description of the venue. Then in the 1960s like many other Jazz venues, Rhythm and Blues took over. Arthur Big Boy Crudup performed here, as did the Rolling Stones (who had a residency in 1963), John Mayall and the Yardbirds. The Ken Colyer Club did continue until some time in the late 1960s, and he started playing at Studio 51 again in the early 1970s (including a recording session in Jan-Feb 1972 shortly before the venue’s closure). Today, there is a blue plaque for Ken Colyer on the outside wall of the building.

John Mayall and The Bluesbreakers 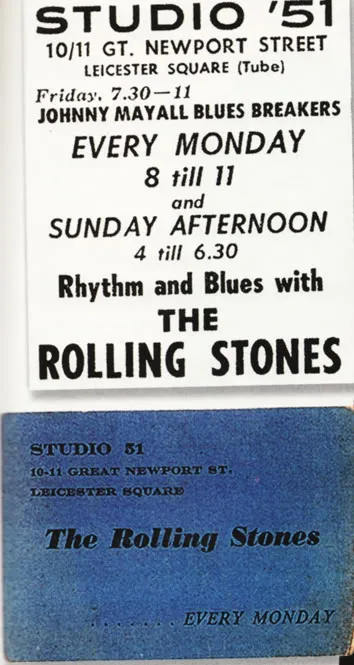 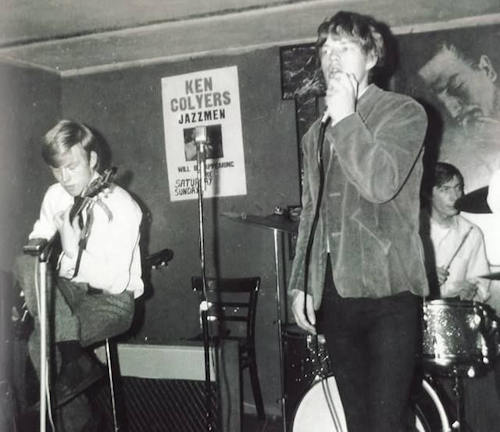 “From the early 60’s I was a regular Sunday afternoon session attender with the Downliner Sect as the resident band. One afternoon was a pleasant surprise when Jess Fuller turned up and did a few numbers on stage. On leaving the club Jess and his manager were outside and spoke to us telling us they were going to Eel Pie Island that evening for a gig. What a very pleasant and polite man and this memory will remain with me” – Kay Bond.

If you have early memories of Studio 51 and would like to share them here, please email alan@earlyblues.com .