Jackson is the primary city of the Jackson, Tennessee metropolitan area, which is included in the Jackson-Humboldt, Tennessee combined statistical area. Jackson is Madison County’s largest city, and the second-largest city in West Tennessee next to Memphis. It is home to the Tennessee Supreme Court’s courthouse for West Tennessee, as Jackson was the major city in the west when the court was established in 1834.

In the antebellum era, Jackson was the market city for an agricultural area based on cultivation of cotton, the major commodity crop. Beginning in 1851, the city became a hub of railroad systems ultimately connecting to major markets in the north and south, as well as east and west. This was key to its development, attracting trade and many workers on the railroads in the late 19th century with the construction of railroads after the American Civil War. Through the 1960s, the city was served by 15 passenger trains daily, but industry restructuring reduced such service and caused the loss of jobs. The economy has adjusted to new businesses, with major manufacturing in the area.

Jackson developed rapidly just prior to the Civil War as a railroad junction and maintenance shop for several early railroads, including the Mississippi Central, the Tennessee Central and the Mobile and Ohio lines. Located over seventy miles east of Memphis, Jackson lies along the shortest rail route between Cairo, IL; Jackson, MS (Mississippi’s capital); and New Orleans, Louisiana. As the railroad was extended from the Great Lakes to the Gulf of Mexico, Jackson, Tennessee was perfectly situated as a station along the north-south line; and, to serve as a junction between the north-south line, and lines east and west between Memphis and Nashville, the major cities of West and Middle Tennessee.

The first was the Mobile and Ohio Railroad, which began in October 1849 in Mobile, Alabama. The line first entered Jackson in 1851. These tracks were completely destroyed during the Civil War. The line merged with the Gulf, Mobile and Northern Railroad in 1940 to become the Gulf, Mobile and Ohio Railroad. The second railroad to enter Jackson was the Mississippi Central & Tennessee. In 1873, the line was contracted and later controlled by the Illinois Central Railroad.

The Tennessee Midland Railway Company line from Memphis to Jackson was the forerunner of the Nashville, Chattanooga and St. Louis Railway. This line was often referred to as the “NC” by locals. Like all other railroads to enter Jackson, it was built with funds subscribed by citizens and investors of Jackson. The first passenger train entered Jackson from Memphis on June 1, 1888. The highly profitable railroad was merged into the Louisville and Nashville Railroad following WWII. Eventually the L&N was merged into and is now part of CSX Transportation.

A charter was granted by the State of Tennessee on August 16, 1910, and construction began on July l, 1911. The first sector extended from Jackson to the station of Tigrett, and by April 20, 1912, 38 miles (61 km) of the line were ready for operations. On June 16 the remaining 11-mile (18 km) sector was set into service, connecting Dyersburg, Tennessee with Jackson. When the line began operations in 1912, its president was Isaac B. Tigrett, a prominent young banker of Jackson. The railroad became an important local thoroughfare, used to transport much of the produce of the region to market in Jackson and Dyersburg. The Birmingham and Northwestern Railway Company had 4 locomotives, 5 passenger cars, and 92 freight cars. When Isaac B. Tigrett became President of the GM&N in 1920, he ceased to direct the affairs of the Birmingham and Northwestern Railroad Company. After he became president of the GM&O, the railroad was purchased and merged to become the Dyersburg branch.

During the 1930s through the 1960s, fifteen regularly scheduled passenger trains of the Gulf, Mobile and Ohio, Illinois Central and Nashville, Chattanooga & St. Louis served the two depots in Jackson. The names of some of those trains were The Rebel, Gulf Coast Rebel, The Sunchaser, The Floridan, The Seminole, The City of Memphis, and The City of Miami. Without change of train, one could travel to Memphis, Nashville, Meridian, Montgomery, Mobile, Birmingham, Jacksonville, Daytona, Orlando, Miami, Centralia, Champaign-Urbana, Springfield, Chicago, St. Louis, and New Orleans. With railroad restructuring under Amtrak, passenger service was markedly reduced. The Illinois Central’s The City of Miami was the last train stopping in the city, on April 30, 1971.

John Lee Curtis Williamson, blues harmonica player better known as Sonny Boy Williamson, was born in Jackson. Williamson is buried at the former site of the Blairs Chapel Church, southwest of Jackson, Tennessee. In 1991, a red granite marker was purchased by fans and family to mark the site of his burial. A Tennessee historical marker, also placed in 1991, indicates the place of his birth and describes his influence on blues music. The historical marker is located south of Jackson on Tennessee State Highway 18, at the corner of Caldwell Road. 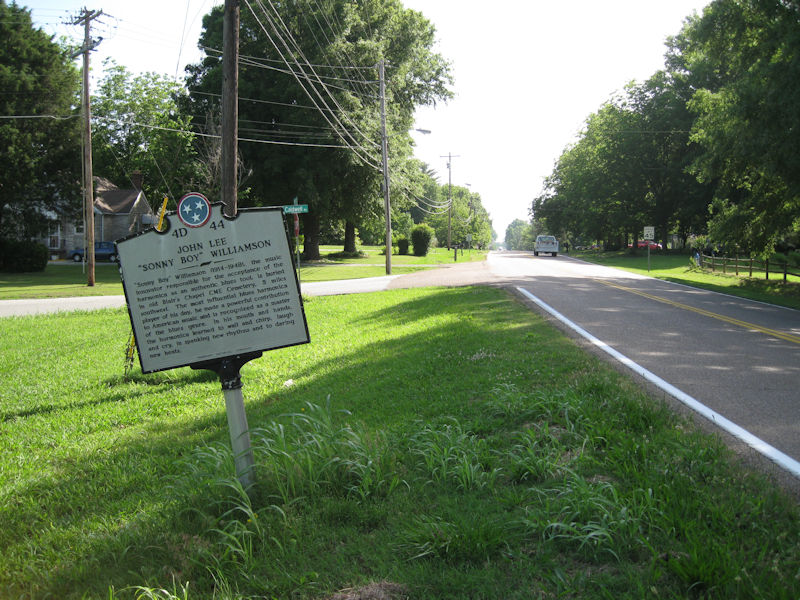 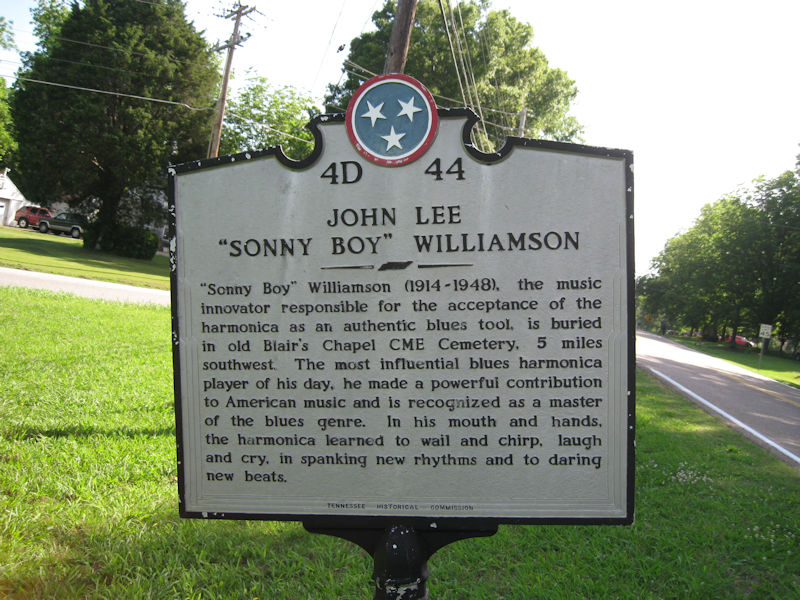