Chattanooga is a city in and the county seat of Hamilton County, Tennessee, along the Tennessee River bordering Georgia. With an estimated population of 180,557 in 2017, it is the fourth-largest city in Tennessee and one of the two principal cities of East Tennessee, along with Knoxville. Served by multiple railroads and Interstate highways, Chattanooga is a transit hub. Chattanooga lies 118 miles (190 km) northwest of Atlanta, Georgia, 112 miles (180 km) southwest of Knoxville, Tennessee, 134 miles (216 km) southeast of Nashville, Tennessee, 102 miles (164 km) east-northeast of Huntsville, Alabama, and 147 miles (237 km) northeast of Birmingham, Alabama.

The city, with a downtown elevation of about 680 feet (210 m), is at the transition between the ridge-and-valley portion of the Appalachian Mountains and the Cumberland Plateau. Its official nickname is “Scenic City”, alluding to the surrounding by mountains and ridges. Unofficial nicknames include “River City”, “Chatt”, “Nooga”, “Chattown”, and “Gig City”, the latter a reference to Chattanooga’s claims that it has the fastest internet service in the Western Hemisphere.

The first inhabitants of the Chattanooga area were Native Americans. Sites dating back to the Upper Paleolithic period (ca. 10,000) show continuous human occupation through the Archaic, Woodland, Mississippian/Muskogean/Yuchi (900–1714), and Cherokee (1776–1838) periods. The Chickamauga Mound near the mouth of the Chickamauga Creek is the oldest (ca. 750) remaining visible art in Chattanooga.

The Citico town and mound site was the most significant Mississippian/Muscogee landmark in Chattanooga up to 1915. The first part of the name “Chattanooga” derives from the Muskogean word cvto /chắtȯ/ – ‘rock’. The latter may be derived from a regional suffix -nuga meaning dwelling or dwelling place. It is also believed to be derived from the Creek Indian word for ‘rock rising to a point.’

The earliest Cherokee occupation of the area dates from 1776, when Dragging Canoe separated himself from the main tribe to establish resistance to European settlement during the Cherokee–American wars. In 1816 John Ross, who later became Principal Chief, established Ross’s Landing. Located along what is now Broad Street, it became one of the centers of Cherokee Nation settlement, which also extended into Georgia and Alabama.

In 1838, the U.S. government forced the Cherokees, along with other Native Americans, to relocate to the area designated as Indian Territory, in what is now the state of Oklahoma. Their journey west became known as the “Trail of Tears” for their exile and fatalities along the way. The U.S. Army used Ross’s Landing as the site of one of three large internment camps, or “emigration depots”, where Native Americans were held before the journey on the Trail of Tears.

In 1839, the community of Ross’s Landing incorporated as the city of Chattanooga. The city grew quickly, initially benefiting from a location well-suited for river commerce. With the arrival of the railroad in 1850, Chattanooga became a boom town. The city was known as the site “where cotton meets corn,” referring to its location along the cultural boundary between the mountain communities of southern Appalachia and the cotton-growing states to the south.

During the American Civil War, Chattanooga was a center of battle. Chattanooga served as a hub connecting fifty percent the Confederacy’s arsenals, those being located in Atlanta, Augusta, Columbus, and Macon. Chattanooga railroads proved vital in the Confederacy’s transportation of raw material to processing plants where they were responsible for producing small arms munitions. During the Chickamauga Campaign, Union artillery bombarded Chattanooga as a diversion and occupied it on September 9, 1863. Following the Battle of Chickamauga, the defeated Union Army retreated to safety in Chattanooga. On November 23, 1863, the Battles for Chattanooga began when Union forces led by Major General Ulysses S. Grant reinforced troops at Chattanooga and advanced to Orchard Knob against Confederate troops besieging the city. The next day, the Battle of Lookout Mountain was fought, driving the Confederates off the mountain. On November 25, Grant’s army routed the Confederates in the Battle of Missionary Ridge. In regard to victories won by the Union, Chattanooga marks one of three defining moments that turned the Civil War in their favor. The Battle of Gettysburg brought the streak of victories obtained by the Confederacy to an end, while the Siege of Vicksburg split the Confederacy itself in half, while Chattanooga served doorway to the deep south. These battles were followed the next spring by the Atlanta Campaign, beginning just over the nearby state line in Georgia and moving southeastward. After the war ended, the city became a major railroad hub and industrial and manufacturing center

Bessie Smith (April 15, 1894 – September 26, 1937) was an American blues singer. Nicknamed the Empress of the Blues, she was the most popular female blues singer of the 1920s and 1930s. Bessie did not have access to an education because her parents had died and her elder sister was taking care of her. She is often regarded as one of the greatest singers of her era and was a major influence on fellow blues singers, as well as jazz vocalists.

The 1900 census indicates that her family reported that Bessie Smith was born in Chattanooga, Tennessee, in April 1894. The 1910 census gives her age as 16, and a birth date of April 15, 1894 appears on subsequent documents and was observed as her birthday by the Smith family. The 1870 and 1880 censuses report three older half-siblings, but later interviews with Smith’s family and contemporaries contain no mention of them against her siblings.

She was the daughter of Laura (born Snow) and William Urie, a laborer and part-time Baptist preacher (he was listed in the 1870 census as a “minister of the gospel”, in Moulton, Lawrence County, Alabama). He died while his daughter was too young to remember him. By the time Bessie was nine, her mother and a brother had also died. Her older sister Viola took charge of caring for her siblings.

To earn money for their impoverished household, Smith and her brother Andrew began busking on the streets of Chattanooga. She sang and danced as he played the guitar. Their favorite location was in front of the White Elephant Saloon at Thirteenth and Elm streets, in the heart of the city’s African-American community. 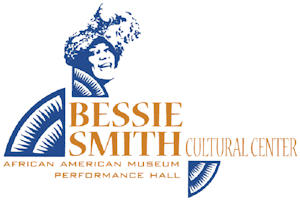 Located in an area once dubbed as the city’s black enterprise zone, (the famed 9th Street District) now known as M.L. King Boulevard, the museum’s original goal was to present the many contributions African Americans made to the development of Chattanooga. The rise in the number of African American Museums during the 1960’s paralleled the growth in African American studies throughout the nation. Both visions were attempts to compensate for the failure of the American education system to provide adequate inclusion and contributions of African Americans in American history and culture.
In 1996, a newly renovated facility became the new home of the Chattanooga African American Museum and the Bessie Smith Hall. Located at 200 E. M. L. King Boulevard, the facility was established to pay homage to the late “Empress of the Blues”, Bessie Smith, through the establishment of a Performance Hall within the complex. The Bessie Smith Performance Hall has become well known in the Chattanooga community as an educational institution and spectacular venue to host performances, banquets, meetings and various community events. 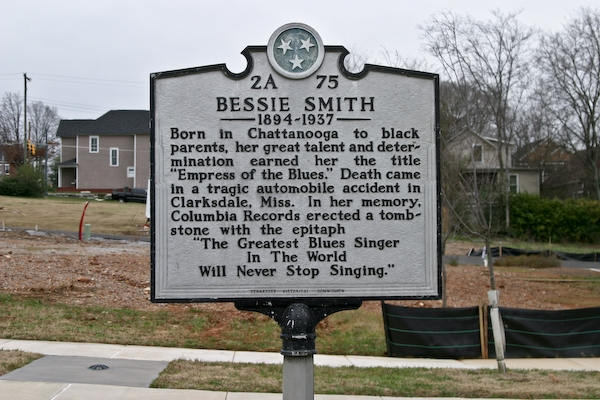 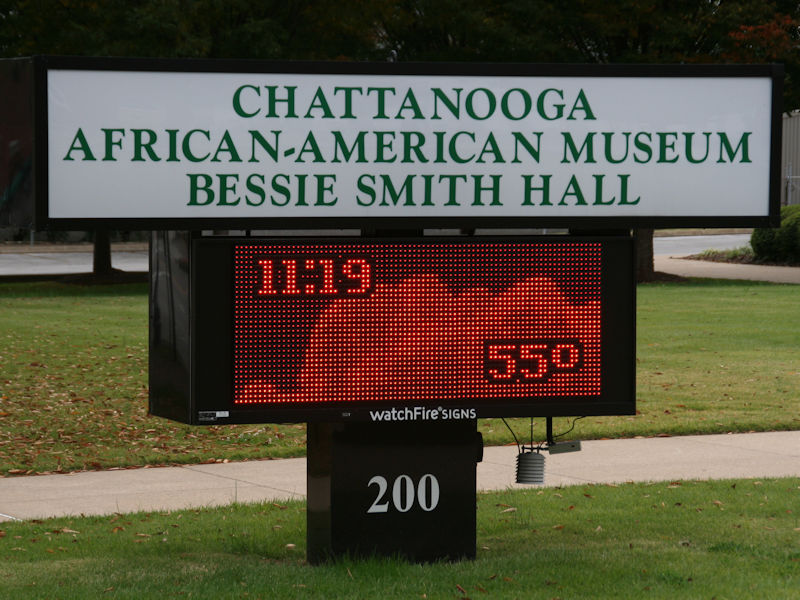 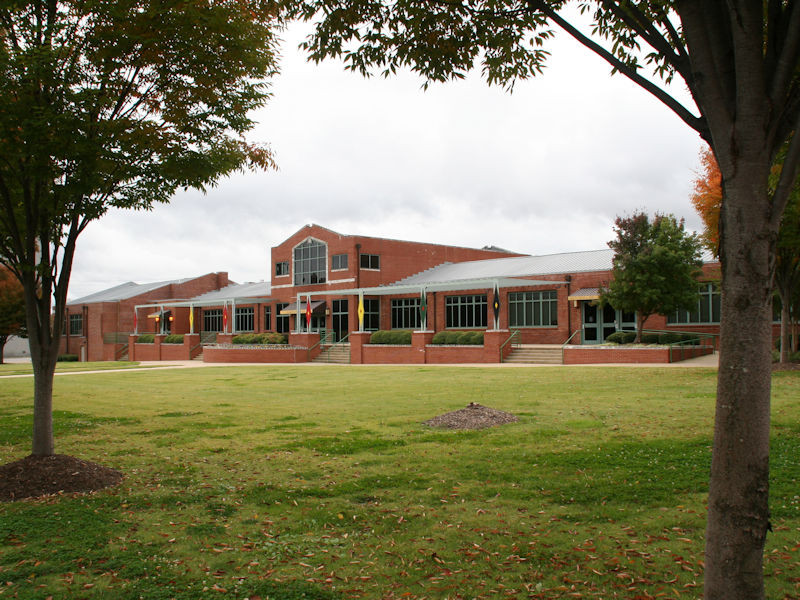 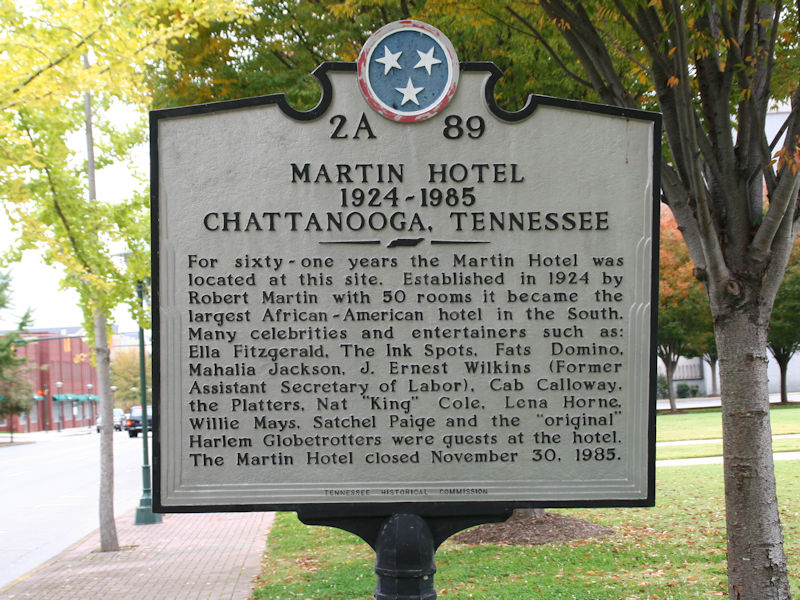 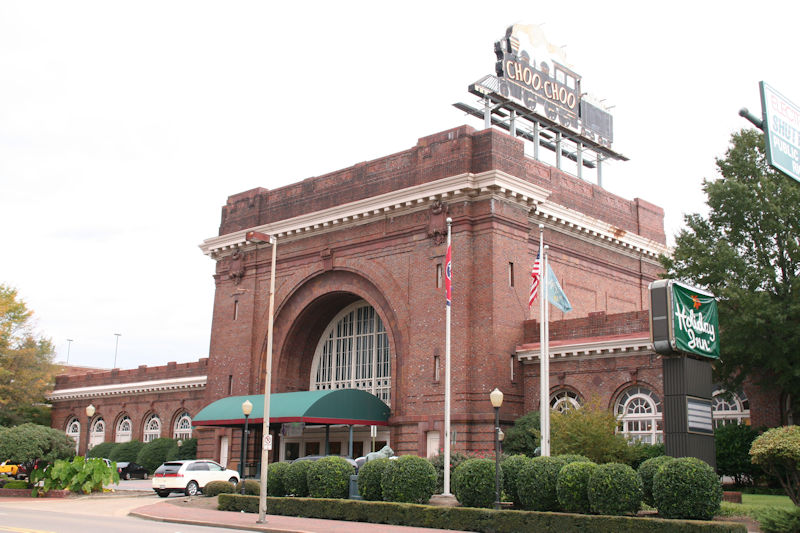 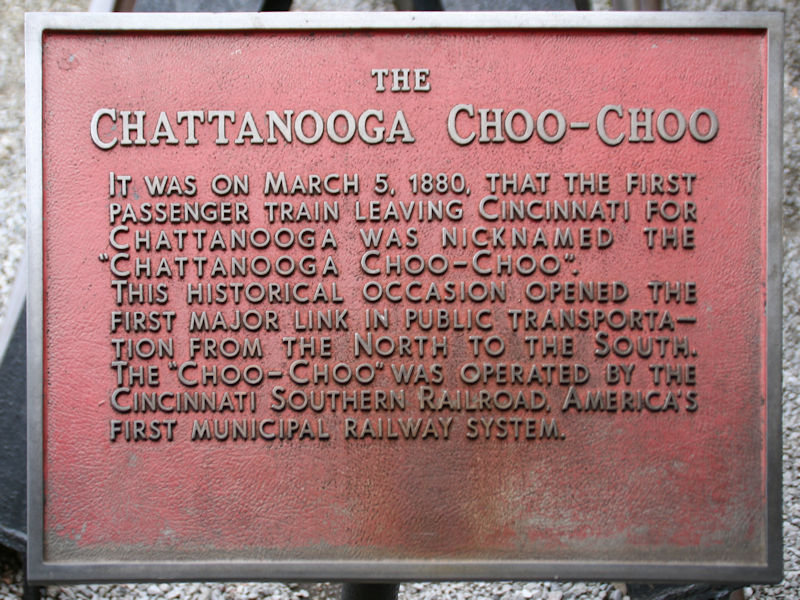 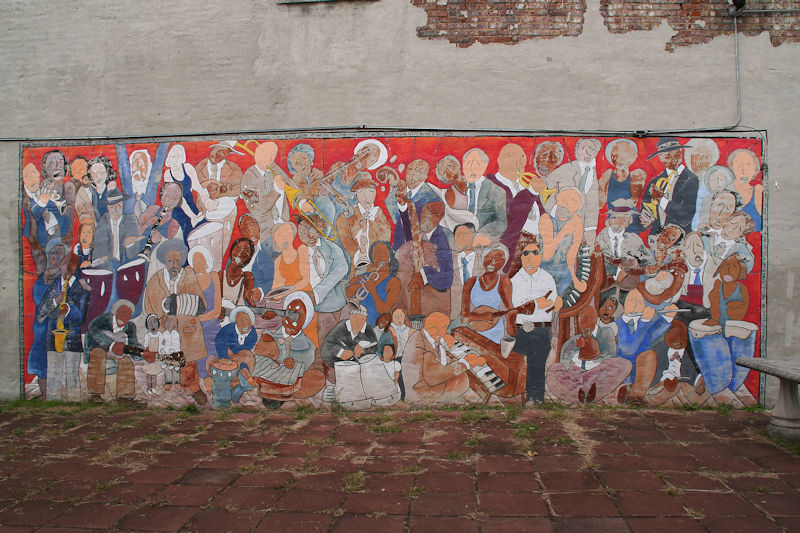