London Blues Scene in the 60s’- from The British Blues Archive

Paul Soper shares his memories of the London Blues Scene in the 60s and beyond: 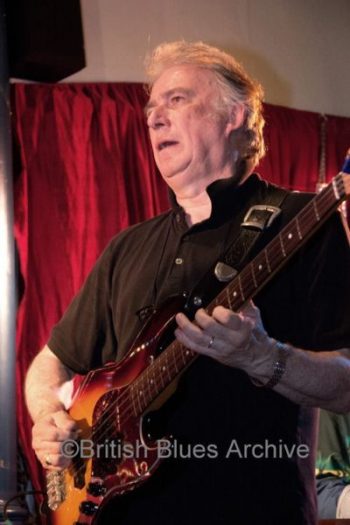 Born in Pimlico in 1948 Paul was ideally placed to experience the ‘Blues Boom’ of the early 1960’s, he played guitar in a number of school bands including ‘TCP’ with Tony Cohu and Carlos Ordonez – a very early acoustic blues trio. Studying business at college he eventually qualified as an accountant in 1973, went on to specialise in Taxation and is today a lecturer/consultant, produces regular podcasts (for others as well as himself) at www.taxationpodcasts.com and writes an irregular ‘humerous’ blog at www.taxationpodcastmusings.wordpress.com .  During the 70’s and 80’s was a regular provider of financial advice for various phone-ins, starting with Robbie Vincent at Radio London, but also with a large number of later hosts, including Tony Blackburn, and regular spots with Johnnie Walker, Diane Luke, the late great Tommy Vance and a friend I miss dearly Mike Sparrow.  TV appearances included the first three series of Moneyspinner on Channel 4 and the BBC accountants’ TV network.  Never forgetting the blues entirely Paul started to experience it live again at the Weavers Arms blues jam in Newington Green, hosted by Earl Green and Todd Sharpville, decided that really guitars ought to have 4 strings and sound an octave lower and hasn’t looked back – bands since then include ‘Blue Juice’ with regular Coach and Horses Jammers Clive Nash and of course ‘is lordship… Lord Carvell of Acne, followed by an 11 year stint as a Bluesdragon with Jimmy C and more recently as a Fork Handle with Jessie Pie.  Always looking for opportunities to play he has a band which appears at a Picnic in the Park, set up to encourage young bands, where Tim Hill, Clive Nash and Eddie Angel form the backbone of the Enate Blues Band – it’s a Crouch End thing.

Part 4 – Jamming – a rebirth of sorts