A British bluesman who conquered the USA …. Kim Simmonds and Savoy Brown 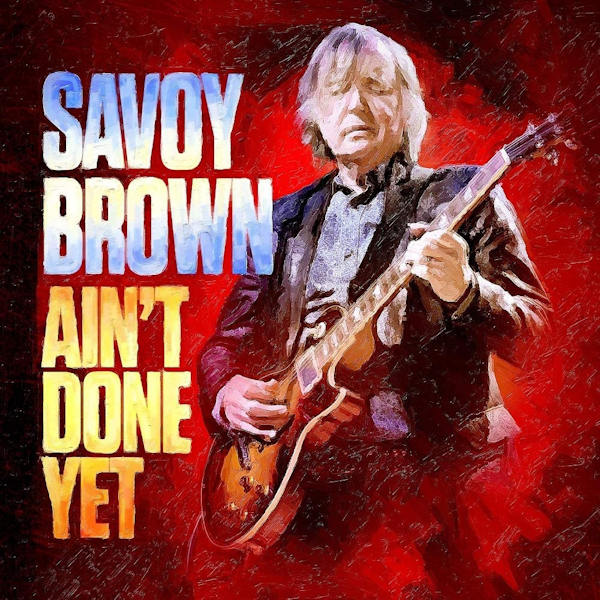 When one thinks of the godfather of British blues John Mayall and what he has achieved, there is another great British blues man, Kim Simmonds whose career has in many respects mirrored that of Mayall’s.

Hailing from Newbridge in Monmouthshire, he left Wales in 1965 as an 18 year old heading for the burgeoning blues scene of London and soon started to turn heads with his  superb guitar playing. Not long afterwards he formed a blues club at The Nag’s Head in Battersea and put together The Savoy Brown Blues Band, which soon became a regular at the early iconic London venues like Klooks Klerk, Eel Pie Island, The Marquee and The Flamingo Club.

Early members of that band included Bob Hall on piano and John O’ Leary on harp and they are still performing today on the UK Blues scene but early fans of the band still reminisce over the amazing vocals of Chris Youlden. In a similar vein to John Mayall, Kim has seen over 60 changes to his band over the years and many former members went on to achieve great things with other bands and in those heady days of the 60s British blues boom, he was spoken of in the same breath as Eric Clapton and Peter Green.

Before no too long America beckoned and in 1969 the band embarked on a 4 month tour playing alongside Blood, Sweat and Tears, Delaney and Bonnie, Jeff Beck, Ike and Tina Turner, Chuck Berry amongst others before returning to complete a full UK tour with Jethro Tull and Terry Reid in support. He also backed blues legend John Lee Hooker.

In 1980 Kim decided to settle in the USA, just as John Mayall had just over a decade earlier, as his popularity over there was probably greater than back in the UK. By then the band was just known as Savoy Brown and appeared as headline act at Carnegie Hall and both Fillmore West and East and supporting acts included AC/DC, Uriah Heep, Rod Stewart, Kiss, ZZ Top and The Doobie Brothers.

Every so often, Kim would bring his band back to the UK and they headlined at The Albert Hall. He also undertook a duo acoustic tour with original band member Bob Hall in 2001 and Bob also joined the band at the Chicago Blues Festival in 2005. That year was the first time a band of British origin had played the festival and they were also joined in the festival line-up by John Mayall who had Mick Taylor guesting. Kim still keeps a regular eye on the UK blues scene and recently commented on how impressed he was with with Conner Selby, the winner of the Jules Fothergill Award for Young Blues Artist Of The Year 2020

Moving on to current times and the band in its current format is still a big draw on the American scene as a trio. Rhythm section of Pat DeSalvo on bass and Garnett Grimm on drums are now starting their 13th year alongside Kim and bring a solid consistency to the band. On this YouTube clip they are performing at a festival in Canada in 2013 playing a superb slow blues which shows Kim’s wonderful playing https://youtu.be/cP76n3WW67E

Also listen to the band on this YouTube link to their last UK appearance at Skegness in January 2020. https://youtu.be/4lAL4pcly2w

Having released more than 40 albums during his 55 year career Kim has shown no signs of slowing down and the title of the latest Savoy Brown album released at the end of August, ‘Ain’t Done Yet’ would suggest that. It really is a superb album showcasing differing styles from great rock grooves to lovely Dobro influenced traditional blues. Here is the title track put together as a self isolated video track during lockdown. https://youtu.be/SzAgBCCu-hA

I’m sure we’ll be hearing more from Kim and Savoy Brown over the forthcoming years with hopefully some more visits to the UK and from a personal viewpoint, I’m delighted that despite living in the USA for 40 years he has still retained his Welsh accent!

Thanks to Pete for the UKBlues articles
You can see more of Pete’s contributions as EarlyBlues Festivals Reviewer and Photographer here: