British Blues – Articles and Essays – Diary of a Bluesman – Chapter 9 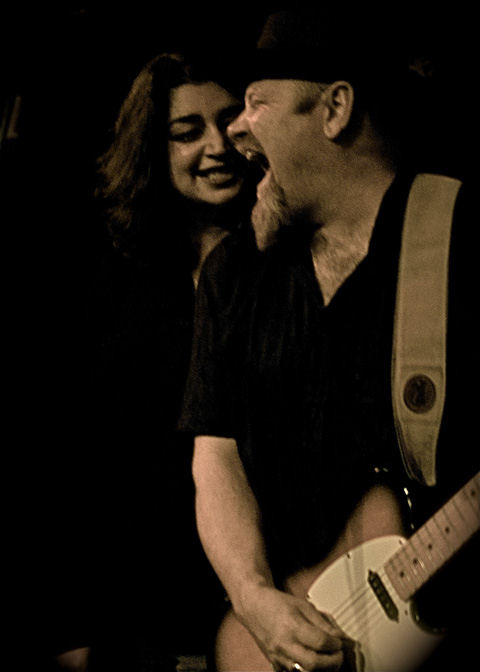 With the run up to the festive season I have been out and about catching up with my blues – buddies around in London. I have been able to make both the acoustic jam (Saturday P.M.) at Aint Nothing But (ANB) on Kingly Street, as well as a couple of the electric jam nights on Monday nights. I have fond memories of ANB, as it was one of the first regular blues venues I played in with Dr. Blue and the Prescription, we recorded a live album there in 2004. That was in the days when Ian Segal ran the Jam! ‘Blues HQ’ as we call it, continues to be an exciting and vibrant venue where blues musicians and fans alike, meet to play, hang out, or just catch up with the gossip. 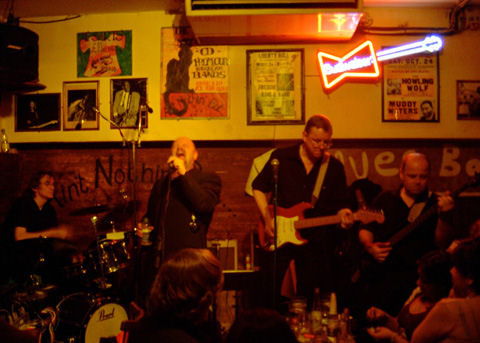 Dr Blue and the prescription at ANB

On my last visit I got to play with a blues stalwart, the drummer we know as ‘Mimi’. Mimi has been a regular feature of the jams as well as a jobbing drummer on the scene. He is going back to Japan. I wish him well. He will be missed.

The list of the modern greats who have played in ANB is a long one and is documented elsewhere. If you ever get the chance to see the inside of the store room which doubles as a dressing room, you can read the names of many of the performers who have played there, as a lot of them have signed their names on the walls. The storeroom is located behind the door with the picture of Screamimg J Hawkins on it, at the foot of the stairs. On one of my recent visits to ANB I got chatting to a Danish promoter who was interested in discussing a gig or two – fingers crossed, I can feel a European tour coming on! 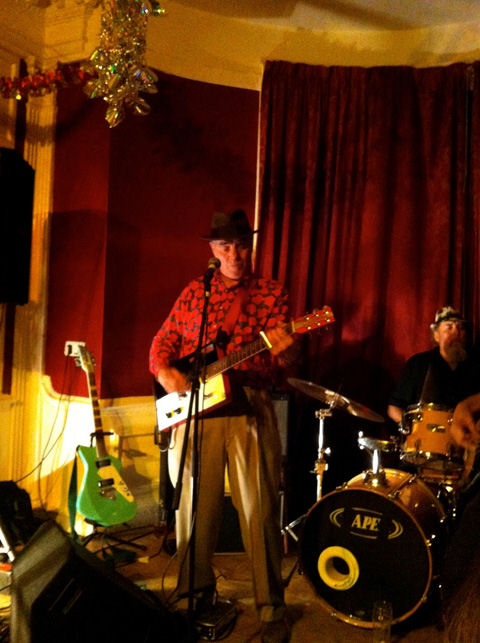 I popped into St Harmonicas to chat with Dave Thomas about a gig for early in the new year, and caught Martin Fieber’s 1st set. He was playing with Terry Duggan on bass, Steve Taylor on Keyboards (another BBA activist!) and Mick Parker on drums. Martin is a popular and talented slide guitarist. Martin makes the colourful and unique guitars he plays. Many of us have asked him to make us one, but he always declines. 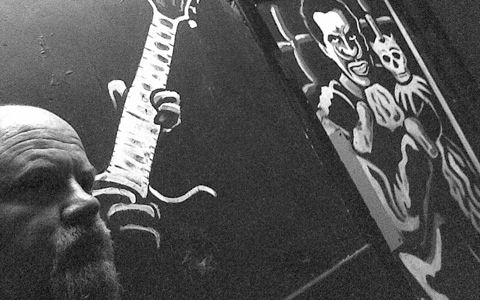 I left after the break and headed off to The Arch. I was in the mood to play. Before I got up, we were all treated to an unexpected treat. Big John McClean the Canadian Bluesman had popped in. He is over visiting family and got up and treated us to a virtuoso solo acoustic performance, singing and playing some mean slide, before joining the house band, to sing and play harmonica. John has an animated style of performing, punctuating his playing with raps on the sound box as well as catching some sweet harmonics. John is more than a bluesman – a musical story- teller, captivating to watch. He played with Muddy Waters and knew him quite well. 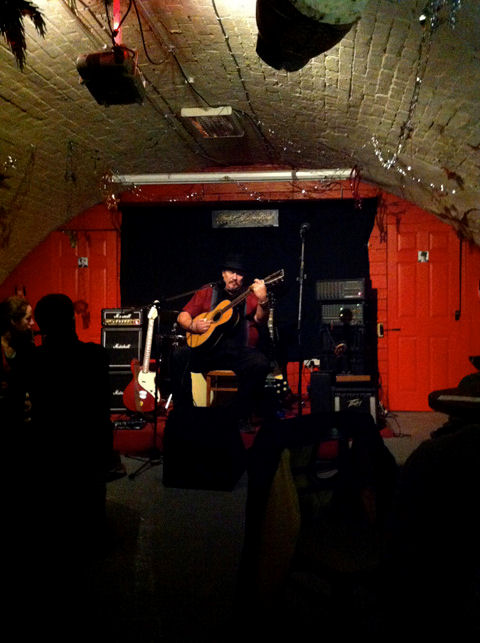 Big John was generous with his time and showed himself to be a warm and friendly guy. We were all sad to see this larger than life character leave. As he was staying in Bloomsbury he had to catch the last tube. Ray ‘Harmonica’ Wallen tried in vain to get him to stay by offering him and his friends a lift home, which he sadly declined due to fatigue. It was great to see him and I hope our paths cross again.

Rob Clarke (the Arches’ owner/manager) was in good form. He was his usual cheerful and hospitable self. Rob has worked hard to make a success of the Arch 1 Club. Rob has also won a small victory with the jammers. They are now playing quietly. It is so much better, you can hear and feel the quality of the performances. It is a much better experience for the singers as well as the audience. It reminded me of something Richard Blues told me about when I spoke to him. He described the big difference between the jams here and in the States. In America he found that the jam bands (particularly the guitarists), don’t in his experience, play over the vocalists. If they do they don’t tend to get asked up a second time. This is a blessing particularly for less experienced performers who can get drowned out by aggressive guitarists (and some drummers). As much as I like playing electric blues, some nights though fun for the guitarists, can get very loud, be a little over self – indulgent. No fun for the audience who at some jams I have been to, bring earplugs!

I am busy at the moment getting ready to record – Silent Man, the follow-up to Heaven Bound. Much of the writing is finished now, and I am dealing with the organization and logistics of recording. Paul Booth who was my co- producer and engineer on Heaven Bound, will be stepping up to the mark again, and will be supervising and offering a critical ear to my ideas. More importantly, he will be the keeper of the ‘sound’. Paul like many great engineers and producers has an innate ability to know when something is right, understanding as he does, what I want from the recording. Paul will also be playing drums, one of a long list of instruments he can play, not just well, but to a professional standard. We will be joined on bass, by Dave Stein. Dave is a musician who I have always held in high regard. I was, to put it mildly, gob smacked when he approached ME to say he wanted to collaborate in some way. I didn’t need to be asked twice!

I am excited to be working in the studio again, but more so, looking forward to the prospect of playing live, with Paul and Dave. I just have the small matter of putting a tour together now.

It’s been just over a year since I started to write the Diary of a Bluesman. I was delighted when Peter Harvie asked if I might continue. Happy Birthday Diary ! 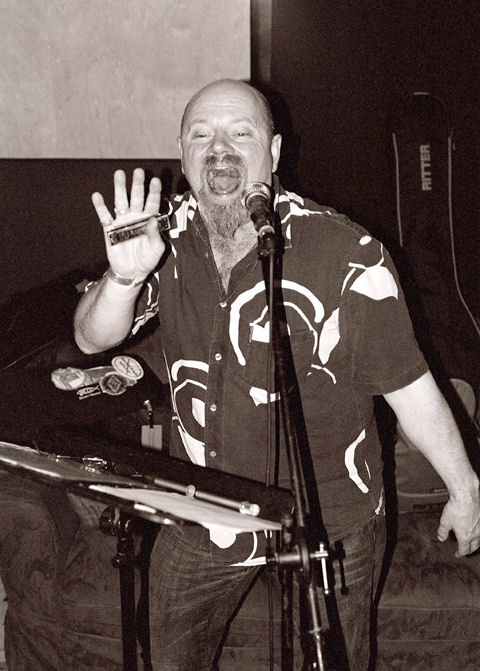 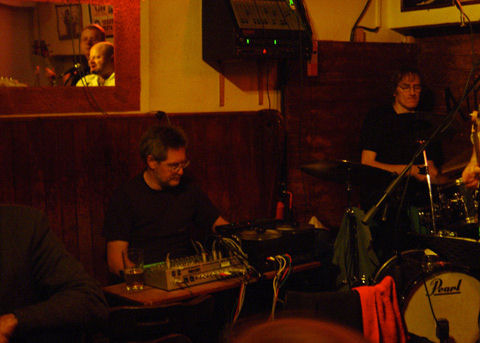