British Blues – Articles and Essays – Diary of a Bluesman – Chapter 4

Chapter 4 – The Road to Damascus

I have today finished recording an interview for the Link Adelaide Podcast, promoting my gigs at the Australian festival in March. It started me thinking about my blues influences.

My dad, who was a great Jazz fan, nurtured my own interest in music. He brought back records from trips to the States and one in particular caught my ear. Pete Fountain playing St Louis Blues.

I was already playing the guitar when my dad introduced me to playing the harmonica, not the Blues at first, but Irish traditional songs. Mike Mckeon senior used to come in to sing and play his harmonica at bedtime for my sister and I, when he got in from work. I write about it in the song ‘Rocking Chair’. As I grew up I was exposed to all sorts of music including early Led Zeppelin, the Mighty Groundhogs, Tom Waites, Nina Simone, Nat King Cole and Ray Charles. However, it was a chance occurrence in a record shop in the North Lanes (Brighton) in the late 70’s, which sowed a musical seed that germinated fully, in the mid 80’s. 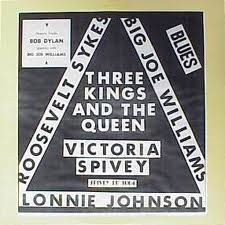 The shop owner was trying to sell a rather tatty, crudely produced album as a rare and obscure Bob Dylan recording. Dylan blew some rather patchy harmonica on a couple of the tracks, but it was the voice of Victoria Spivey that caught my attention. She was singing a duet with Memphis Slim called ‘If you don’t like what I’m doing, go tell your other man’. From that day on I was hooked, I had discovered the Blues.

A good gig weekend in prospect! This Saturday, playing support (and driving) the multi skilled and talented Paul Booth ,who was the engineer and co-producer of Heaven Bound (my solo album).Paul is a guitarist, saxophonist, bass player, singer, composer, writer, walking musical encyclopaedia and friend.

Paul is playing Saturday afternoon at the Manor Arms. The pub is a great venue filled to the rafters with hard drinking, live- music loving punters. I am due to play a couple of numbers solo, and to join Paul and the rest of the band on harmonica. Paul is himself the guest of the ‘Last Project’, led by Ronnie Collins on sax, Terry Duggan on bass and Reg Patten on drums. Highlights for me was the Herbie Hancock groove in the first set which got several of the punters up and dancing. As the second set was under way, an ambulance passed outside, filling the room with flashing blue light, adding an atmospheric touch to a driving version of L.A. Woman. The best bit for me, however, was a rocking rendition of Savoy Brown’s ‘Tell Mamma’.

The filmic theme of my week re-emerged on Sunday night, on the way to play a solo slot at Round Midnight Jazz and Blues. One of John Barry’s film tunes came on the radio and I found myself imagining I was driving through a film set, like a character in a 60’s film noir. Tonight I am sharing the bill with the Owen Houlston, singing his own brand of Country Blues, accompanied on a National steel guitar. Owen beats out the rhythm on the bass string, stomping on the stage, strumming snippets of the melody with a finger pick. He fills the room with resonance and passion. The audience engages enthusiastically with the music, and we are all transported, in that moment, to a different place. 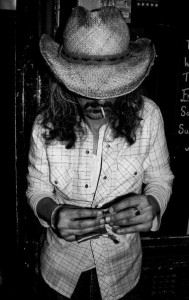 I am pleased with my own set, and end the evening talking business with a City based publican who wants to put on a Friday Blues Night.

I risked the poor weather conditions (snow and freezing temperatures), to drive down to Brighton to do a guest spot at another of my favourite blues jams – The Brighton Blues Jam. Sue (one of the organizers) sent me the following (edited slightly):

Badlands Guitars Brighton, (run by Graham, Sue), and the band ‘Bark like a dog’, have been running the Brighton Blues Jam for over 5 years now. Graham and Sue’s passion for all genres of music is a life-long labour of love. The Blues Jam has moved from pub to pub as various landlords have come and gone. It is now settled at the ‘Latest Bar’. The shop and the band provide the backline. If you wish to play, just bring your instrument. A good number of folk have now become regulars, and join us on our Brighton Blues Jam Facebook.

The jam is held once a month on the 1st Sunday evening of every month, unless otherwise stated on our Facebook page, starting at 8.00pm’ish’ running until 11.00pm. Everyone is welcome, players and listeners alike, and the entry is free. Over the years a wide array of instrumentalists and vocalists have been along to do their bit, building up a loyal following. Last August, Roz Sluman. One of the UK’s finest blues/jazz/fusion saxophonists joined us at the jam. Roz Sluman’s playing career began in the pubs and clubs of South London and since the age of 14 she has played in groups ranging from small jazz combo’s to concert orchestras.

Thanks to Sue, Graham and all the guys in Bark Like A Dog for their warm hospitality. A great night.

Today I am heading into London’s West End to perform an unlikely gig for a jobbing bluesman, a gig, at the Regents College located at the heart of Regents Park. Andy Greenhalgh is a huge blues fan as well as a stand up comedian, writer and actor, does some teaching there. He is delivering a lecture on Robert Johnson and wants me to come and demonstrate 12 -bar blues, slide guitar and sing. During our discussions he asked me, why is it that the blues attracts particularly men but also women from a very different background to those who originally created and played the blues?

The origins of the blues and the early exponents of the music are undeniably African American. The rhythms and musical structure have their roots in West Africa. The themes and the lyrics were born out of slavery. Dick Heckstall-Smith talks about aspects of this, far more eloquently and in more detail than me in his book (written with Pete Grant)-Blowing The Blues. You can hear echoes of the blues, and trace its musical origins to West Africa. Listen to the work of Ali Farka Toure known by some, as the ‘desert bluesman’, in his modern interpretation of Malian traditional music, for example. Blues music speaks to me, it is a living, ever developing and heart felt. It speaks to me directly as to many other people from a wide range of backgrounds. I am not even sure if I chose to sing the blues, rather it feels like it chose me!

We all have the same ears with the same sensitivity to tone and pitch, sharpened or ‘coloured’ by the music and life experiences we have had. For me music is a universal language, the different genres are merely subtle accents or dialects. The only thing I am interested in when I listen to music is: does it speak to me, does it make me want to sing or dance for example, does it inspire me, does it articulate a feeling or emotions I have felt or aspire to? Does it come from the heart – Is it truthful? For me the answer is, always- yes. I grew up with the British Blues and its influences. I had a packing case bass, a washboard and sang Skiffle (a curious musical hybrid) with my dad at home. I listened to a lot of blues influenced 70’s rock and flirted myself with the Rock and Roll of Eddie Cochran, I enjoyed Peter Green’s guitar work. All I know is that whatever else I listen to, play or perform it’s the Blues that I return to.

It was an uneventful drive to the Regents College. I used my favourite back door route via Finsbury Park and along the Euston road. Traffic was light and I arrived in plenty of time. Regents College, a private university is an unlikely venue for a jobbing bluesman, with its marble floors and photos of the college polo team in the trophy cabinet. My contact, Andy Greenhalgh and I did a bit of a double act. He delivers the lecture and some good laughs, I demonstrated some slide and the 12 bar progression, and sang a few numbers. It was standing room only, with a mixture of faculty and students. The session was a great success; we may well do it again. 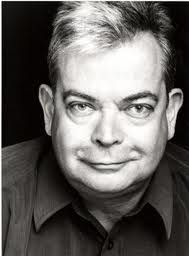 I have three more gigs to do this week before we head off to Australia, I am planning to send ‘a festival special’ from Adelaide for the BBA. Sameena and I had a last minute hitch to deal with. We had ordered a batch of CD’s to take to Adelaide. My father alerted me (having heard a couple) that some of them had some ambient jazz on them rather than Heaven Bound. We had to courier them back to the printers to get it sorted out before we leave. We now have had to check them all before dispatching them to the venue. This, along with visa delays and other logistical problems remind us of the work involved in running and managing a couple of shows ourselves. It will all be worth it when we both finally get up and start performing. – Our first love!