British Blues – Articles and Essays – Diary of a Bluesman – Chapter 13 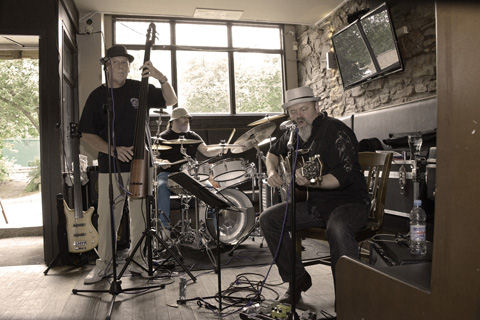 “Simple music is the hardest music to play and blues is simple music.”  –  Albert Collins

The recording phase of my new studio album is almost over. The drum tracks were recorded before Christmas. Paul Booth, my drummer, recording engineer and co-producer; and I, hid away in a studio in Hackney for three days recording the drum tracks. I played along live and sang to his marvellous drumming, recording guide tracks, for what needed to be added later. This has the advantage of saving time in the long term. If the ‘guide’ vocals or the guitar were on ‘the mark’, we could use them without having to spend time re – recording. This also gives the album a more live or immediate feel. 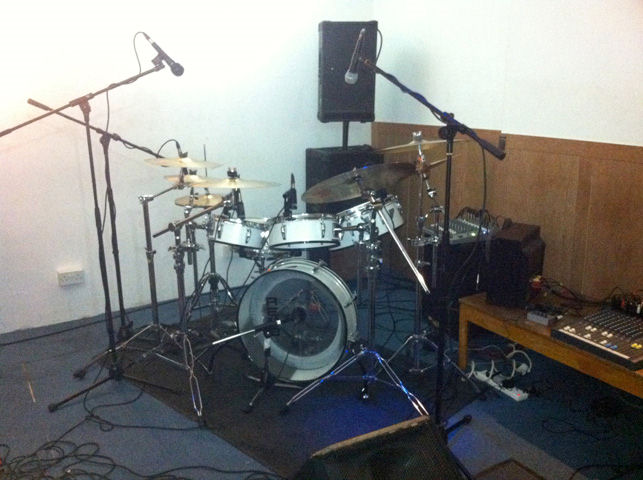 Dave Stein has put down the bass tracks. Piano, Hammond organ and a flash of violin on ‘Torrens River’, (to give it a Cajun feel), will be added as soon as Paul got back from gigging up north. I am excited to hear what Dave has recorded. Dave has been involved in the Silent Man project from very early on. Both Dave and Paul joined me last year at the Dundee Blues Festival to give the material for Silent Man a chance to be played live. This was an opportunity to hear it performed with other instruments and to get a better idea of how the album might sound.

Since Christmas I have been away to India for a couple of family weddings. This was a lovely break. Lots of time to relax, and practice my guitar in the mild sunny weather. It was a chance to catch up with, and see an extended family that is truly global.

I have also moved recently from London, to Hove on the coast. Walking by the sea has always been a way I like to relax, muse and throw musical ideas around. It has also meant I have had to find a few new places to go and jam in, so I can keep my performing muscles exercised whilst I prepare for the Silent Man Tour.

To this end, I have enjoyed a couple of visits to the South Coast Blues Jam as well as gigging a couple of solo shows at the Brighton Blues venue – the Ranelagh Arms. I have been trying out the new material from the album, at jams at the Victory and the Northern Lights, both pubs in central Brighton. I have been encouraged by the positive feedback from the audiences, which helps to spur me on to get the album finished.

I am in the early stages of putting together a promotional tour later in the year here in the UK. There are gigs booked in Edinburgh around festival time in August, as well as some in the N.E. revisiting a couple of venues I gigged last year. We are already looking to schedule gigs in Australia and possibly the U.S.A in 2015- busy busy! I will be heading out to Lewes to play a few songs at a venue there. Experience has shown that playing live at a jam night or open mic. gives a venue owner a chance to hear and see what they might be getting. I have over the years, got a lot of gigs this way- yet another way we jobbing bluesmen/women ‘pay our dues’.

Having heard a few whispers about venues asking for evidence that electrical equipment used for performing (basically anything with a mains 3 pin plug on it) needs to be PAT tested and certificated, I decided to get my gear sorted. I rummaged through a tin of business cards I had collected recently at gigs, and found Ian Barber’s number. Ian popped round with his testing gear, and we spent a pleasant afternoon drinking tea and gossiping as persons of a similar profession tend to (he is also a muso and I now realize a Musicians Union safety rep). Subjects for discussion included, the worrying trend of young bands being asked to pay –to- play, the British reluctance to pay a cover charge in bars that put on live music , fee rates in smaller venues not having changed for 20 + years, and the worrying number of pubs that are closing as a result of noise complaints. Question! When people are looking to buy or rent a property that is above, next to or across the road, from a PUB, what did they expect would happen when a band plays or drunken revellers fall out into the street at midnight!

Eventually Ian tested all my equipment, which is now itemized and certificated. Only one fail- now destined for recycling, my long extension lead. 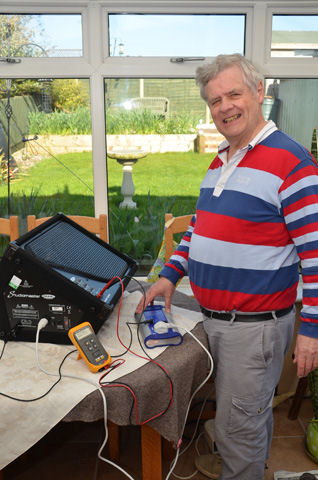 This week, in the run up to Easter has been a busy one, with a couple of slots on a variety show called Huggers,( more details in Chapter 8). Not for the feint hearted or the hung-over, as it involves entertaining a room full of kids. I love doing these shows, they are great fun. It is a chance to influence a new generation of blues fans. I teach the children to sing the old Jazz standard ‘The Peanut Vendor’. I first heard this played by one of my musical inspirations- George Melly, who I saw play live 2 or 3 times over the years.

My Huggers slot involves getting the kids to be my band (clapping and foot stomping). We then re- write the words of one of the verses to incorporate the word Poo! The shows were at the Leicester Square Theatre in London, and the Gordon Arms in Bedford. I have another booked at Silverstone later in June. We had good houses and it was a pleasure to dip my toe in the world of variety again.

I got a call from another blues circuit regular- Dan Nash, asking me to dep for a gig he was due to do on Easter Sunday afternoon. It was good to catch up with Dan who regularly plays with an old Blues Buddy of mine the multitalented Ray Wallen. Dan is himself a very accomplished singer and guitarist. I first saw him play at St Harmonicas where he went down a storm. St Harmonica’s audiences are a good barometer for a blues musician, being as they are both a highly appreciative and knowledgeable crowd.

The gig at the Hawley Arms in Camden was a familiar set up. Three acts performing late in the afternoon and through into the evening. I was set up on an old wooden chair, in front of the band’s drum kit. Just me, a guitar and a room full of people kicking back. This is where I like to play, close up and personal. Two 45- minute sets featuring tracks from Heaven Bound and Silent Man. It was a party, we had a gas. Job done. 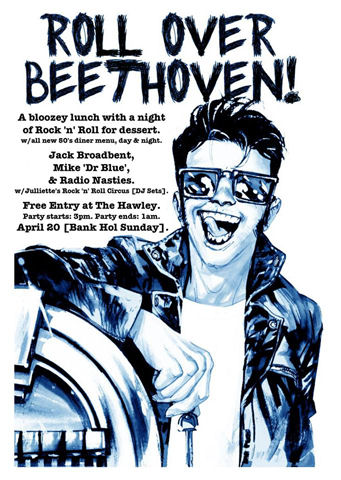 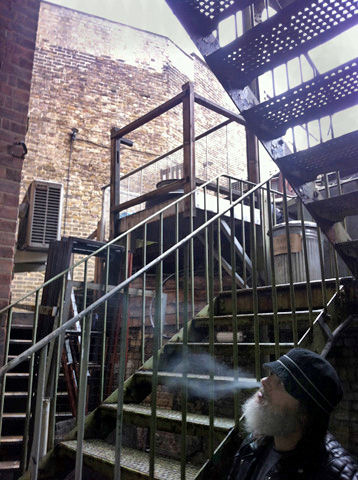